Waygo recently caught a flick at the U.S.’s oldest continuously run theater, the Roxie. Opened in San Francisco in 1909 and still running, the Roxie “exists to showcase the best/coolest/raddest/true-ist/funniest/trippiest/fake-ist movies of the past, present and future!” 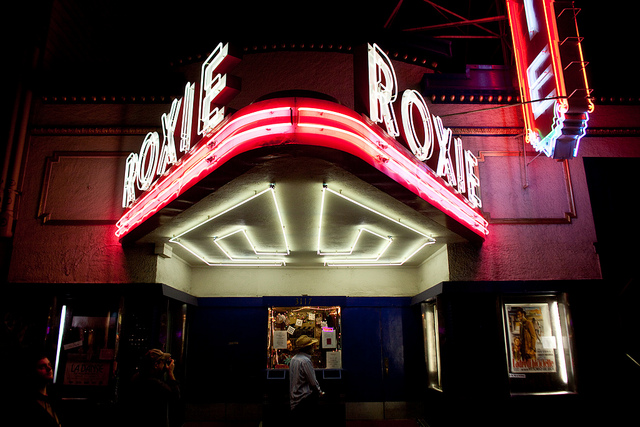 The movie? As a language enthusiast, it only makes sense that Waygo chose a language-centric film, Tongues of Heaven. Filmmaker Anita Chang was in person at the theater to introduce the film and run a Q & A session afterwards. Here’s the summary: “Set in Taiwan and Hawai‘i, territories where languages of the Austronesian family are spoken, this experimental documentary focuses on the questions, desires and challenges of young indigenous peoples to learn the languages of their forebears— languages that are endangered or facing extinction.”

The movie opens with a shocking statistic:

Although it’s apparent that more and more people learn to speak the same second languages, it was still surprising to learn how many languages are disappearing. The film certainly got our wheels turning—Why is it so important to speak your mother tongue in this very global world that we now live in? What does a culture lose when it loses its native language? What are the downsides of  language homogenization? Although we don’t have all the answers, we believe language preservation is important, and that with the disappearance of language, thousands of cultures and traditions will be lost as well (not to mention that Waygo will be out of a job if the world only spoke one language!)

Cheers to the world’s unique and unheard of languages, and may the world fight so they are spoken in the future,

P.S. We cannot write a blog post about the movies without mentioning our 500 Startups batchmate, Dealflicks. Haven’t heard of them? Check them out and save big on your next movie date!