If you haven’t seen it already, Waygo now translates Korean. So those of you who live in China and Japan, it’s time to start planning your vacation to Korea! 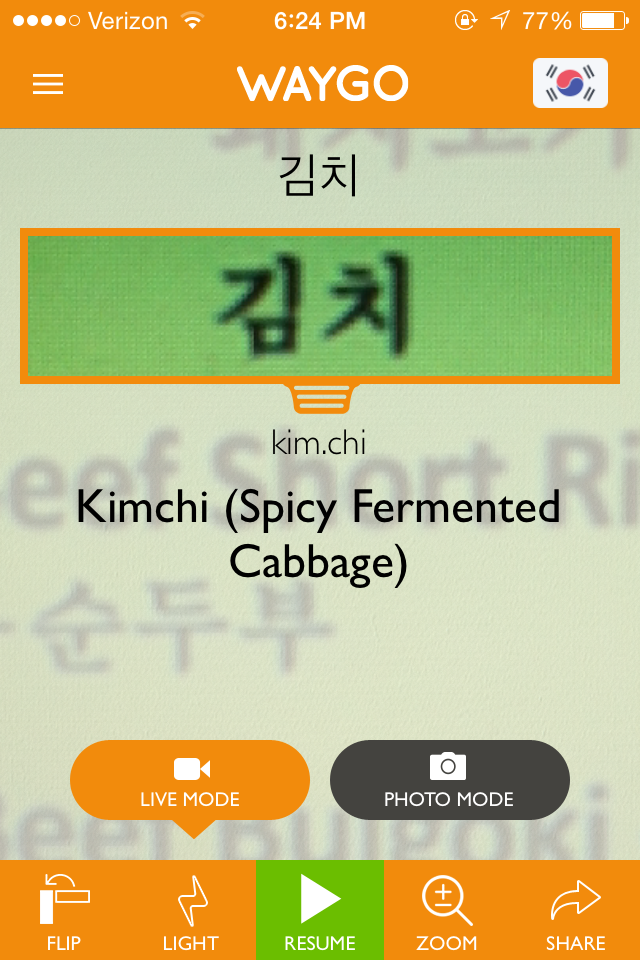 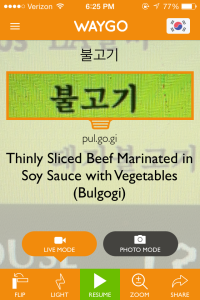 You might have also noticed some major design improvements. If not, head to the app store right now to update to version 4.01! 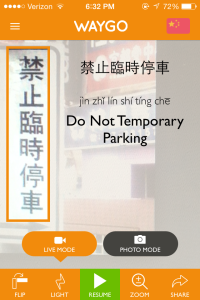 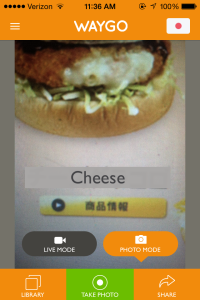 Another requested feature was the ability to translate photos from your library. To use this feature, select the photo mode and then select your photo.

In order to pique your curiosity to try out Waygo’s newest language first-hand, we’ve included some fun facts about South Korea:

1) Similar to astrological horoscopes in most of the world, blood types are believed to determine personality traits in Korea. Learn more here.

2) Baseball  teams aren’t named after cities, but after corporations. What team are you gonna choose—the Samsung Lions, the Kia Tigers, or the Hyundai Unicorns? As one of South Korea’s most popular past times, baseball games in Korea also feature cheerleaders, and instead of getting a ball game hot dog, consider ordering a kimbob (similar to sushi) or octopus. 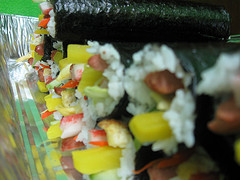 3) South Korea is the only nation that is completely broadband connected, at 100Mb.

4) South Korea is home to the largest church in the world. Although not the largest building, Yoido Full Gospel Church has the largest congregation with close to one million members. On any given Sunday, about 200,000 people will attend one of the seven services, and an additional couple hundred thousands more will tune in online or TV.

5) In Korea, a baby is one year old at birth, instead of zero as in most other cultures. To make matters even more complicated, after the New Year passes everyone in Korea automatically ages one year, even if they haven’t had their actual birthday yet. For example: if a baby is born on December 31, it’d be one year old, and after January 1, that same baby will turn two. In the U.S., the baby would only be 2 days old, but in Korea, the baby is already 2 years old!

Do you have any more feature requests? We’d love to hear them! Send them our way at support@waygoapp.com.