Meet Helen and Alan. We found out about them and their epic journey from London to Vietnam after they wrote us some feedback (commercial break: do you have feedback? We’d love to hear it! Send it to feedback@waygoapp.com.) and pointed us to their blog post about Waygo and how it has helped them from going hungry while in China and Taiwan. We were so excited to hear about the role Waygo played during their travels that we asked them to write a guest post for the Waygo Blog, which you’ll find below. Their blog is absolutely incredible, giving an amazing view into the uniqueness of each place they travel. Go. Check. It. Out. Now!

Here’s what they wrote for us about their biking trip in Taiwan: 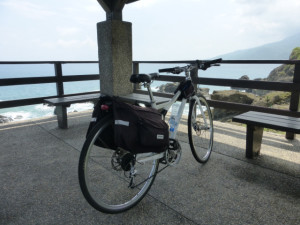 Read more about Heln & Alan’s cycling adventures down the eastern coast of Taiwan on their blog.

After many days cycling up the East Coast of Taiwan from Taitung to Hualien, we diverted inland with our bikes for a few days of rest and relaxation by Liyu Lake. The whole bike ride had been incredibly scenic with the rolling waves of the Pacific Ocean to our right and the lush green mountains to our left. The guesthouses we had stopped at on the way had been small family businesses where we were warmly greeted and well looked after. At one guesthouse we had been invited to share tea with the family elders even though we had no language in common at all. Time and again we were struck by just how welcoming people in Taiwan were to us. 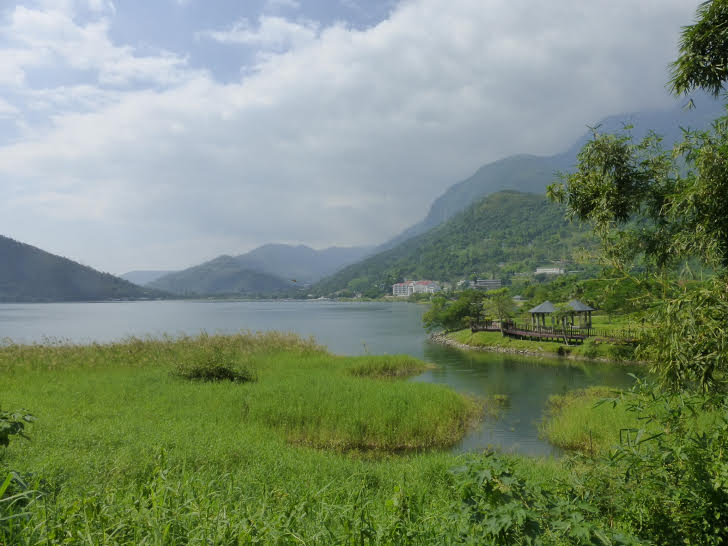 Our time at Liyu Lake was no different to these wonderful experiences of the previous few days. We were well looked after at the guesthouse and given the most delicious breakfast each day. During the day we lazily strolled around the lake admiring the bountiful colourful butterflies fluttering all around as. Come dinner time we would venture down to the main strip of shops to see what was on offer to eat there. There was one restaurant in particular we came to like, unfortunately I cannot recall its name. Once more the welcoming nature of the Taiwanese to us foreigners was in action here. The menu was entirely in Chinese, so it was time to get my phone out to get Waygo on the case. The man who ran the restaurant was so patient with us while we fumbled our way through the menu. He seemed curious to have these two random British people turn up in his restaurant and we made some limited conversation with his broken English and our pretty rubbish Chinese. 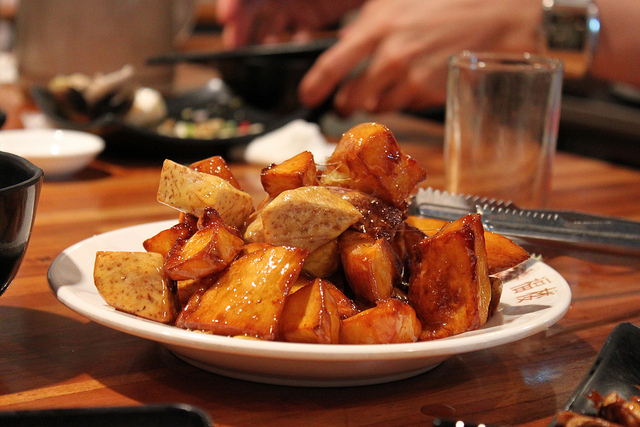 We came across one option that Waygo translated as “Taro.” We had no idea what this was, but through some hand gestures established it wasn’t fish or animal so gave it a go. Turns out taro is a root vegetable which they had deep fried with a peppery batter. We have had it since in other places, so Waygo was translating properly for us, but we were just ignorant as to what it was it was telling us! The other find for us in this restaurant was papaya milk. This is a papaya whizzed up in a blender with some milk and a bit of sugar. This soon became my favourite thing in Taiwan and when we were back in Taipei I was consuming it on a near daily basis. I do miss papaya milk!

Thank you so much for your guest post, Alan & Helen. We owe you a round of papaya milks! 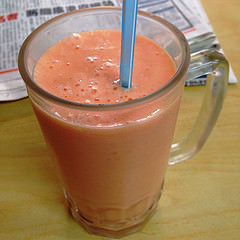