As a resident of the US, it isn’t too often that I get the pleasure of using Waygo out in the wild (aside from American Chinese restaurants here and there). The past couple of weeks I had a trip to China for Waygo so I had a chance to really test it out. I hadn’t been to China in over a year and my Chinese reading ability has been taking a toll. Come, Waygo to the rescue!

I felt pretty confident when I got on the plane and Waygo told me how to make sure I had the best chance of survival in a plane crash: 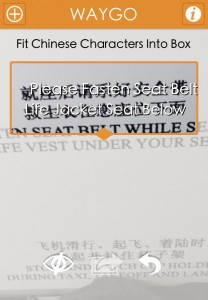 On the plane ride over, I heard about a recent development in China called the bird flu. Apparently there had been a number of deaths due to a virus that was contagious via pork, chicken, duck, and any other bird animal. This gave me a scare or  吓我一跳了 as the Chinese would say, but I thought it shouldn’t be too hard to avoid those meals. I mean I just have to learn how to read Chinese…right?

With a bit of help from Waygo, I stuck with mostly vegetarian meals when I first arrived: 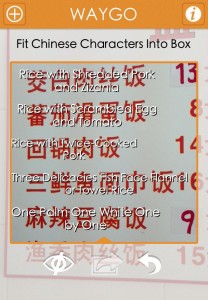 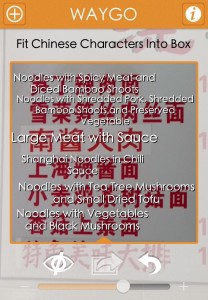 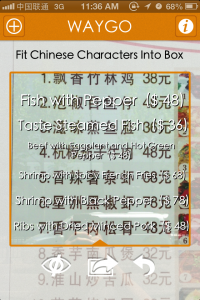 In my explorations for safe food to eat, I also ran into a number of interesting little shops throughout the streets of Shanghai.

A print shop to make the Waygo signs for GMIC: 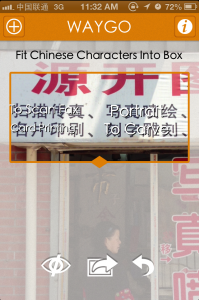 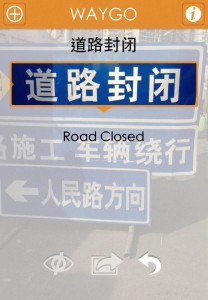 An adult what shop? 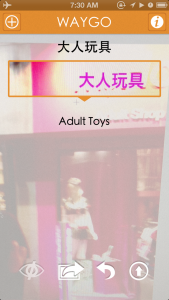 It really was rewarding using a tool that we’ve been working on for over a year in the wild! On the flip side, not all the translations were perfect which made us realize we’ve got some work to do. 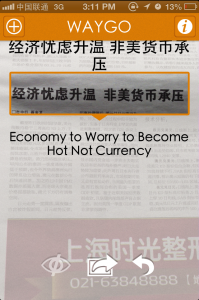 A poorly translated advertisement for a furniture event: 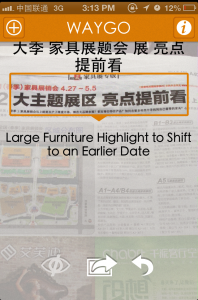 Waygo did help me figure out some safety rules on the subway though. According to the signs on the subway door, you’re not supposed to board while the red light is flashing! 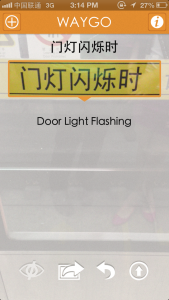 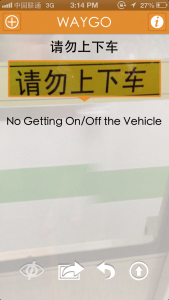 These couple of weeks using Waygo were pretty amazing and made me even more excited about the future to come and the improvements we have to make!

We’d love to hear about everyones’ journeys with Waygo so please do reach out if you’d like to share!